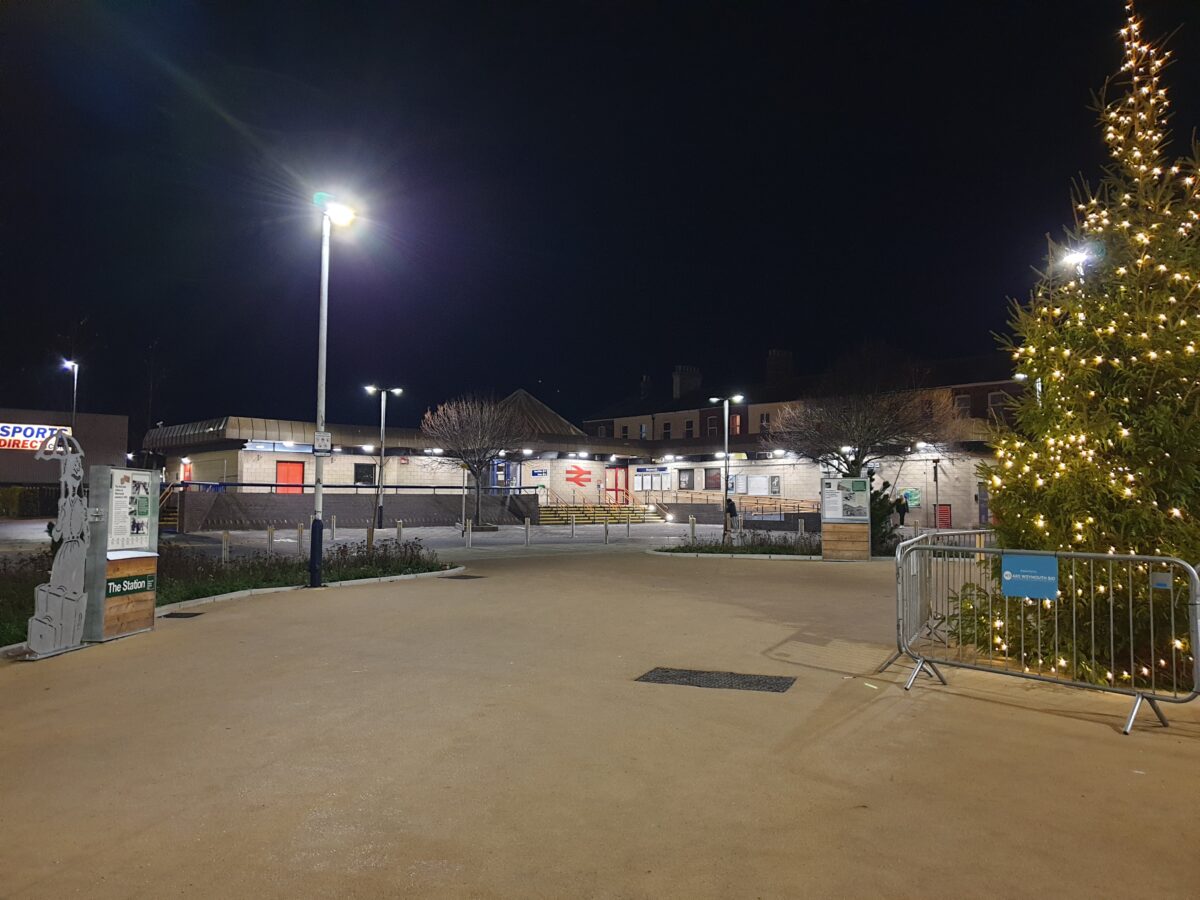 December 2022. The Christmas tree lights are on in the new open space on the Weymouth Station forecourt. Thank you to the Dorset Council Highways team and all who were involved to make this happen.

Weymouth train station has seen some significant improvements including transformation of the train forecourt into a more welcoming and user-friendly place for visitors and residents of the town, and a new Pocket Park that celebrates local heritage.

Find out more about this project on Dorset Coast Forum’s Have Your Say webpage.

We would like to give a huge thank-you to all project partners and stakeholders listed above for their time, completing the works and giving advice and support throughout the project.

We would also like to thank Chris Smith from Smith and Jones for the creation of the historical information boards which can be seen at the station forecourt, at Pocket Park, the Loop and at the Quay. Thank-you to those who contributed photos and gave historical details that made up the content of the panels, including Graham Perry from Weymouth Museum, Geoff Pritchard and Mike Oakley.

Last, but not least, we would like to thank local residents and local businesses who gave their input into the original design, detailing what they felt were issues they wished to be resolved and elements they would like to see in this space. We hope that the final result is something that you and everyone else involved, can feel proud of.