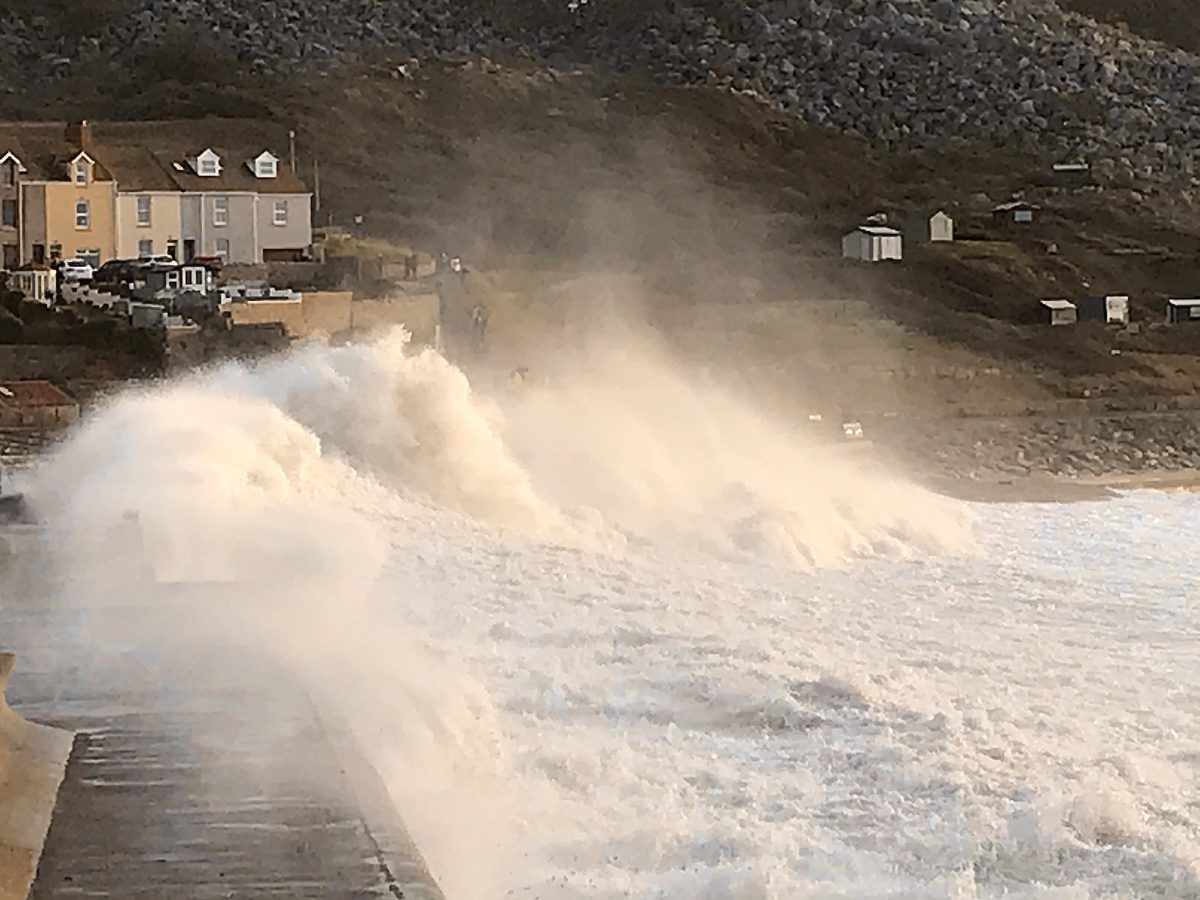 The Dorset Coast Forum, in partnership with the Environment Agency and Dorset Council, has released an updated version of the ‘Storms and Coastal Defences at Chiswell’ booklet.

The storms witnessed at the end of January prompted an update to the booklet which was originally released in 2014 after recent winter storms. The booklet was produced for Chiswell residents on Portland to help inform the community on what to do in a storm event, explain how the coastal defences work and what may happen in the future.

The Environment Agency have met with a number of Chiswell residents over the last few years who are actively interested in the beach, the scheme and how the site is managed. They are also supporting the community following the impact of the large waves in January which overtopped the sea defences. Thankfully no homes were flooded, but there was considerable debris and water on the surrounding roads.

“This booklet was originally released to support the community on how to prepare for storm events but also to show people how the defences work. The information is still relevant, but the update includes some of the work that has been happening since 2014. It is also a good reminder of the impact storm events can have on the community and the importance of staying safe.”

“It is important that communities are kept informed about coastal defences and are prepared for future storm events. Getting this information out to communities is another good example of partnership working between Dorset Council, the Environment Agency and the Dorset Coast Forum to inform and protect our residents.”

Impacts of recent storm events have also been seen at West Bay. The Environment Agency confirmed that the new defences continue to perform well and have reduced flooding to the town on several occasions since construction. The buried rock core in East Beach is intact and provides a secondary line of defence if the beach is eroded. At West Beach, the new rock groyne has helped to retain the new beach and provide a buffer to large waves reaching the sea wall and promenade.

Beach reprofiling works were carried out last week at East Beach to repair some of the recent storm damage to the beach front face. more information about West Bay Coastal Defence Improvement Scheme can be found here please visit

Both Dorset Council and the Environment Agency continuously monitor the coastal defences at West Bay and Chiswell.