In Poole Harbour, the project partners are working together to explore how The Moors at Arne can be converted to inter-tidal habitat to compensate for the ‘coastal squeeze’ losses.

The sediment brought in by the high tides will settle out as the tide turns, and gradually the low lying land will accrete and new mudflats and salt marsh will be created. The tidal water coming through each of the three breaches will have different dynamics and salinity characteristics, and this will lead to a variation of topography and a mosaic of habitats across the site. 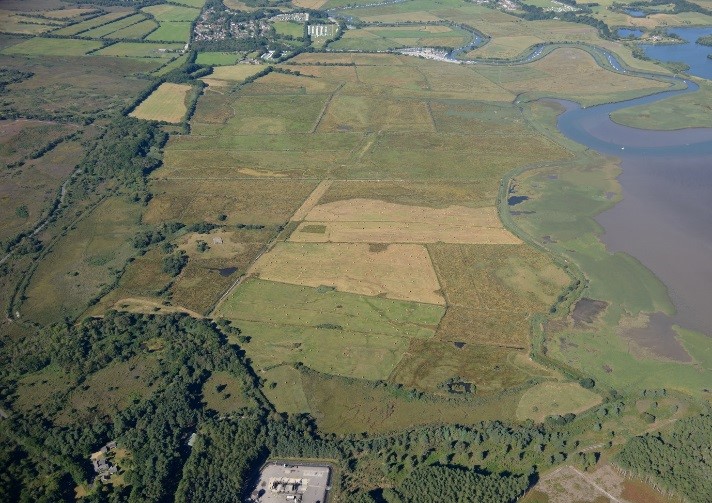 The project design also includes shallow saline (salt water) lagoons on the western side to provide feeding grounds and roosting sites for a variety of bird species. These lagoons are important for the long term sustainability of the Special Protection Area (SPA) protected habitat.

In the southerly part of The Moors, there is a Special Area of Conservation (SAC) with internationally rare flora in a unique habitat mix. This area of the site will be protected with an embankment designed to facilitate the best mixture of sustainability and transition in a changing long term climate.

Much of the site is also protected as a wetland of international importance (RAMSAR site) and as a Site of Special Scientific Interest (SSSI). The impact of the project on freshwater features under these protections will be mitigated by the design of new freshwater features in the area to the south of the new embankments. There will also be some compensation off site at land owned by the Environment Agency at East Stoke.

The project is also considering the geomorphological aspects of changes in the River Frome / Poole Harbour (river /tide) interactions. Computer modelling is being used alongside bathymetric surveying, pre- and post-scheme, to predict and then monitor changes in river siltation.

The Moors is owned by the RSPB and is currently managed as a wildlife reserve which is not open for public access. The project will open up portions of the site with safe walking routes, and some disabled access, using the RSPB’s experience of owning other similar sites throughout the country.

The project is mindful of the impact that construction traffic can have on local communities, and so is actively seeking to reduce the amount of earthworks material to be brought in to the site. This is being done by careful analysis of the material available on the site, together with practical considerations of the embankment design and maintenance.